Leap into your seat for this Leap Day concert featuring works by Mozart, Beethoven, and pieces and performers from Turkey. Throughout his career, Music Director and Conductor, Toshiyuki Shimada has visited Turkey to conduct many of the country’s leading orchestras. These collaborations have connected Toshi with some of the country’s phenomenally gifted artists.

The evening opens with the orchestra performing Esintiler (Inspirations) a work by one of Turkey’s most beloved composers Ferit Tüzün.

Two Turkish soloists of international renown –  Çağatay Akyol, harpist, and Bülent Evcil, flutist – perform Wolfgang Amadeus Mozart’s Concerto for Harp and Flute. Mozart’s only concerto for harp,  the pairing of flute and harp was seen as an unusual combination at the time.

Following intermission, Toshi and the orchestra perform Ludwig van Beethoven’s Symphony No. 7, one of the composer’s most popular works. Music from this symphony has been used in many television shows and movies such as Mr. Holland’s Opus, The King’s Speech, X-Men: Apocalypse, and Cosmos. In Beethoven’s time, the 2nd movement was so well liked by the audience that it was encored at the work’s debut in 1813. 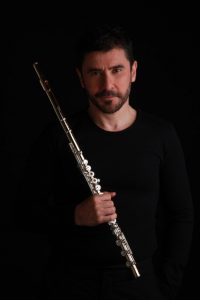 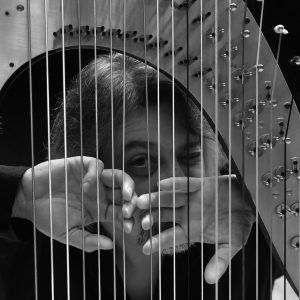