with The New London Big Band

The 2020 portion of our 19-20 season kicks off with a non-traditional pairing: the New London Big Band on the stage for the first time with the ECSO. Continuing the celebration of Music Director & Conductor Toshiyuki Shimada’s 10th anniversary, this concert presents a slate of national and local treasures.

In recognition of Black History Month, the ECSO performs Concert Overture No. 2 by composer Florence Price. Price was the first African-American woman to have a composition performed by a major symphony orchestra.

Principal Clarinetist, Kelli O’Connor, returns to the front of the stage to perform Artie Shaw’s spirited Clarinet Concerto. A medley of big band hits closes out the first half with classics such as In the Mood, Begin the Beguine, Moonlight Serenade, and more, all arranged by Lee Norris.

The New London Big Band, led by Sean Nelson, is featured prominently on the 2nd half as they join forces with the ECSO for originals and works by big band composers. Music of the legendary jazz composer and orchestra leader, Duke Ellington, will thrill the audience along with works by Charlie Parker, George Gershwin, and Tommy Dorsey. 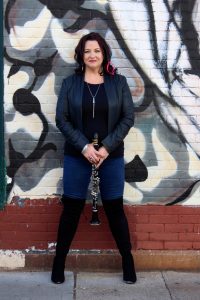 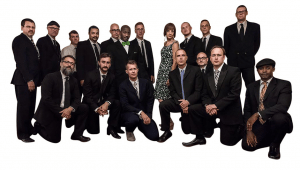